A typical gopher hole with a gopher peeking out.

An infestation of pocket gophers can be first recognized by fan shaped mounds of soil on the surface, pushed out as the gophers excavate their tunnels. These mounds are generally 30 cm high by 30 to 50 cm in diameter. It has been estimated that a single pocket gopher can excavate approximately a ton of earth producing 30 to 50 mounds in one year. These mounds smother vegetation and result in rough terrain causing equipment damage. Feeding by pocket gophers can cause substantial losses to turf, gardens and field crops, especially alfalfa.

Attempting to control pocket gophers by gassing or drowning is generally ineffective. The most effective means of control is usually obtained by trapping or poisoning or a combination of both. For best results, trapping and poisoning should be conducted in the spring or fall when pocket gophers are most active, give Safetech Pest Control a call for quicker and fast results. 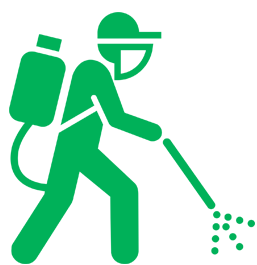